The Womenpreneur Initiative is proud to present you to another inspiring woman as part of our series about inspiring women entrepreneurs. Its aim is to increase awareness about female role models.

Today, we present to you Christie Morreale! Christie is working at the Walloon Government's Minister for Employment, Social Care, Health and Equalities. Her main areas of interest are the defence of the environment and biodiversity, feminism, economy, equal opportunities and education. 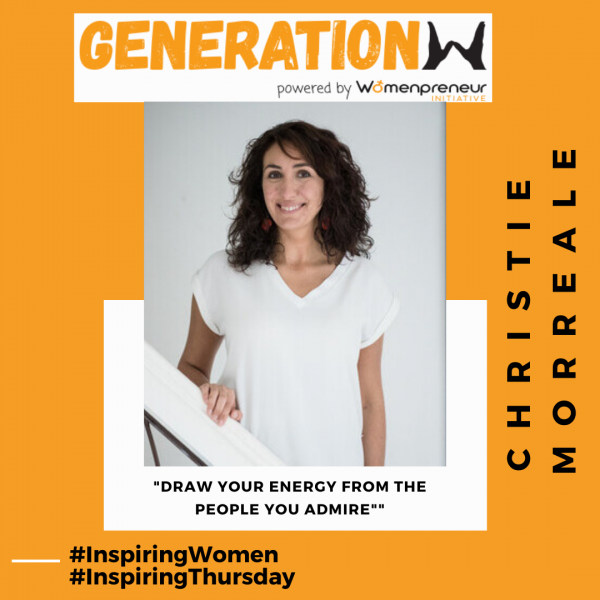 Christie Morreale is a Belgian socialist politician. She is from Liège and studied criminology at the University of Liège. In 2003, she was elected national vice-president of the political party PS (Parti Socialiste). She held this position and worked internal

ly for 8 years. Between December 2011 and January 2013, she sat as a Senator. Since September 2019, she has been Minister and Vice-President of the Walloon Government, in charge of employment, training, health, social action, equality of opportunities, and women's rights. From October 2013, she has been a member of the Parliament of the Walloon Region and of the Wallonia-Brussels Federation. Moreover, she is also the chair of the PS's Gender Equality Commission. She lives in the municipality of Esneux-Tilff where she is a communal councillor.

Particularly known for her commitment to women and the environment, but also for her interest in economic matters, Christie Morreale has already fought many battles.The socialist deputy has a few to her credit. She called for the rejection of the CETA - Comprehensive Economic and Trade Agreement. She has also spoken out against domestic violence, sexual harassment and harassment in the public space, issues that have long been trivialised and even mocked by other deputies.

Her sources of inspiration

Her passion for social issues and her aversion to inequality come out of her experiences. Christie draws her strength from people she encounters, from nature, from reading, and from the struggles of "women in struggle".

She draws her inspiration from numerous readings and music, which she finds "revealing of emotions". From classical to French songs, from Italian to English, her car regularly turns into a karaoke machine.

Do you want to meet other female entrepreneurs? Subscribe to our newsletter to be sure you will not miss our next blogs about them! Follow us on our social media to follow the stories of inspiring women:

The Womenpreneur Initiative has just launched the second edition of the GenerationW program: GenerationW2021. This time supported by the U.S. embassy in Belgium and equal.brussels. Watch this short video to find out about all the info!